Skip to content
Homepage / 26 january / 26 January India Republic Day and Why do we celebrate Republic Day on January 26?

India Republic Day History and significance of this important day. The national festival is celebrated every year on 15 August and 26 January in India. Why do we celebrate India republic day on January 26? know more 26th january

The national festival is celebrated every year on 15 August and 26 January in India. You must know very well about August 15. On this day. our country was freed from the slavery of the British and must have read about 26 January itself. Our constitution came into force on this day. But you might not know that this is not the only reason. Because of which we celebrate 26 January. Tell you that some such facts that you would hardly know about India Republic Day.

Why do we celebrate 26 January?

First Resion:
The first foundation of 26 January was lying due to Sardar Bhagat Singh. In the year 1927, the demand of Bhagat Singh and Hindustan Republican Association was increasing in Indian politics. During this Bhagat Singh kept the talk of complete Swaraj apart from the Congress. Earlier Congress leaders were in favor of Dominan status. Under which the UK’s Monarch was going to be the President of the Indian Constitution. Bhagat Singh demanded Purna Swaraj due to which young leaders Subhash Chandra Bose, Jawaharlal Nehru were affected. They demanded from the Congress that they also demand complete independence, but their voice was not heard.

In the same sequence on December 1928 The Congress brought a resolution demanding the Dominion status, and gave the British government one year. The British rejected the idea saying that India was not yet ready for Dominan status. Then the Congress became angry with this.

After this development, the Congress session was held in Lahore on 1929. Where the Congress voted for Purna Swaraj separately from Dominion status. After this a resolution was passed that the last Sunday of January in 1930 will be celebrated as Independence Day. The last Sunday of January fell on the 26th of 1930. On this day Jawaharlal Nehru hoisted the tricolor on the banks of Ravi river in Lahore. In this way India celebrated its first independence day.

On 15 August when we got complete independence after this the process of making the Constitution of India started. And it was ready by 26 November 1949. But then the leaders who were there decided to stay for two more months and implement it on 26 January. Because on this day India imagined its complete independence. The Constitution of India came into force on 26 January 1950 at 10:18 minutes.

What is the meaning of Republic Day in English?

Ganatantra (gana + tantra) means. Governance for the people by the people. We all celebrate this system as India Republic Day. By the way, all festivals in India are celebrated with great pomp. But we celebrate Republic Day as a national festival. The importance of this festival also increases because people of all castes and classes celebrate it together.

Why do we celebrate 26 January?

Friends, when the intention of the British Government was not seen to make India an independent colony. Then at the Lahore session of 26 January 1929, the Congress, under the chairmanship of Jawaharlal Nehru, took the oath of Purna Swarajya. All movements were intensified to complete Purna Swaraj’s campaign. All the patriots in their own way had prepared for freedom. The British had to backtrack in the ideology to reflect the feeling that there is strength in unity. India finally became independent in 1947. Then this decision was taken. January 26, 1929 will celebrate the Nirnayak Tithi as India Republic Day.

Know More : Motivational Quotes That Will Inspire You to Success In Your Life 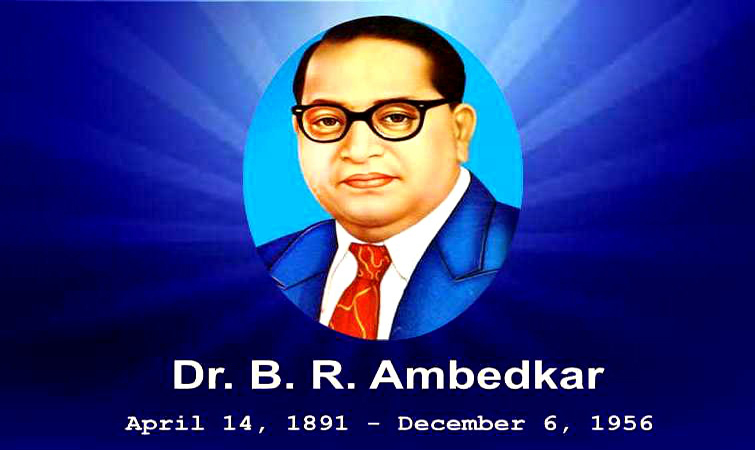 Dr. Bhimrao Ambedkar who was decorated with Bharat Ratna. The architect of the Indian Constitution was the chairman of the drafting committee. The framers of the Indian Constitution have tried to assimilate the good features of many constitutions of the world into their constitution. On this day India became a full-fledged republican country. Patriots who sacrificed themselves to make the country a proud republican nation. There is a festival to give them tribute by remembering them 26 January.

The British came to India with the intention of doing business with India. But gradually he took control of the kings and feudatories here by his diplomatic tricks. The first fire of independence was burnt by Mangal Pandey in 1857 in Barrackpore near Kolkata. But due to lack of some communication resources, this fire could not become a flame.

But the spark of this fire was never extinguished. From Laxmibai to Indira Gandhi. From Mangal Pandey to Subhash to Nana Saheb to Sardar Patel, be it Lala Lajpat Rai, Bal Gangadhar Tilak, Vipindra Chandra Pal or Gopal, Gandhi, Nehru were burning in everyone’s heart. The Jallianwala Bagh incident of 13 April 1919 was the most painful incident of the Indian freedom struggle.

When the English army led by General Dyer opened fire, killing hundreds of people, including unarmed, quiet old men, women and children. Thousands of people were injured. This was the incident that gave rise to revolutionaries like Bhagat Singh and Udham Singh. Whether a priest of non-violence or a violent thinker, revolutionary, everyone’s heart started burning with the fire of freedom. Every class was ready to sacrifice at the feet of Bharatmath.

So, on January 26, revealing reverence to all those patriots. The national festival of India Republic Day is celebrated with great enthusiasm and fervor in every corner of India. Prabhat Ferrians are drawn on this day every year. This festival is celebrated with gaiety and pride in the Indian embassies of every state and country including Delhi, the capital of India.

The main celebrations of 26 January celebrate grandeur in India’s capital Delhi. Innumerable people from different parts of the country come to see this ceremony. Our security guards take out the parade, demonstrate their modern military capability and assure us that we are capable of security.

What is special about 26 January? 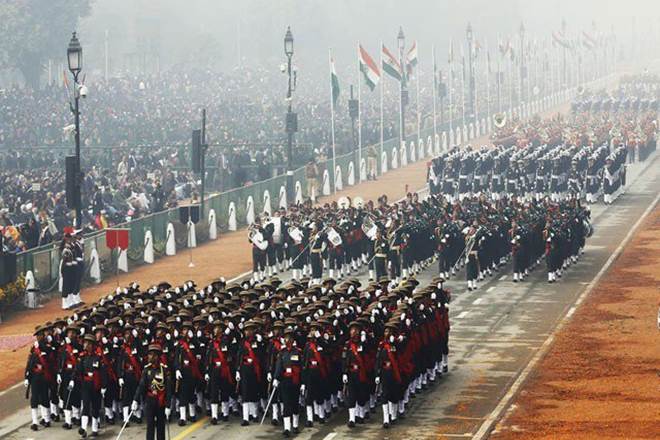 First parade of 26 January. Before the year 1955. India had no fixed place to celebrate India Republic Day. Initially it was organized in the Red Fort, National Stadium, Kingsway Camp and then Ramlila Maidan. The first parade of Republic Day took place on 1955 at Rajpath in Delhi. After which this tradition has been going on every year. The first chief guest of the Rajpath parade was the Governor General of Pakistan, Malik Ghulam Mohammed.

The parade starts from Vijay Chowk and ends at the Red Fort passing through Rajpath and several areas of Delhi. Before the parade begins, the Prime Minister pays homage to the martyrs at ‘Amar Jawan Jyoti‘. The President arrives at India Gate with his bodyguards in a 14-horse cart, where the Prime Minister welcomes him. The national flag hoists, they are given a 21-gun salute, wreathed by airplanes. 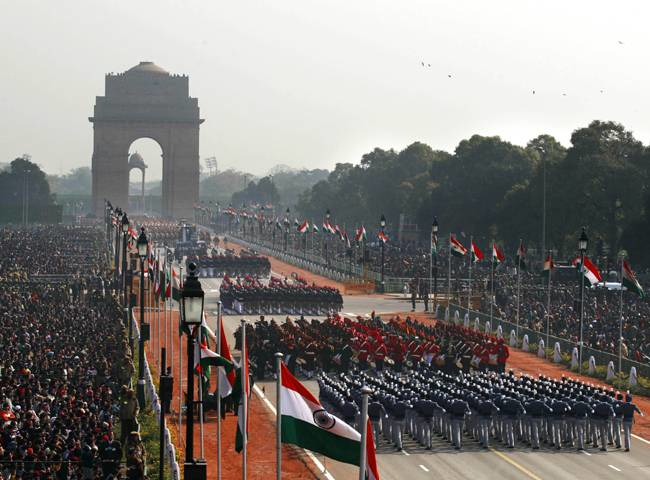 Tricolor balloons and white pigeons are released in the sky. Troops of water, land and air forces march to the tune of bands. Police personnel display a variety of weapons, missiles, tanks, aircrafts etc. and salute the President of the country. The scene of soldiers walking step by step in their clean costumes is very attractive. Seeing this grand vision, there is a sense of devotion to the nation in the mind and enthusiasm in the heart.

School, college students, NCC Walking step by step into the costumes of the US, it instills confidence that our second security line is well aware of its duty. Many bands of military and schools resonate the entire atmosphere with patriotism and nationalistic love. Tableaux of various states present a picture of the changes in the cultural life, dress, customs, industrial and social sector. This scenario of unity in diversity is very inspiring. Rashtrapati Bhavan, Parliament House and other government offices are illuminated on the eve of India Republic Day. The 26th January is an immortal story of sacrifice, penance and sacrifice of patriots.